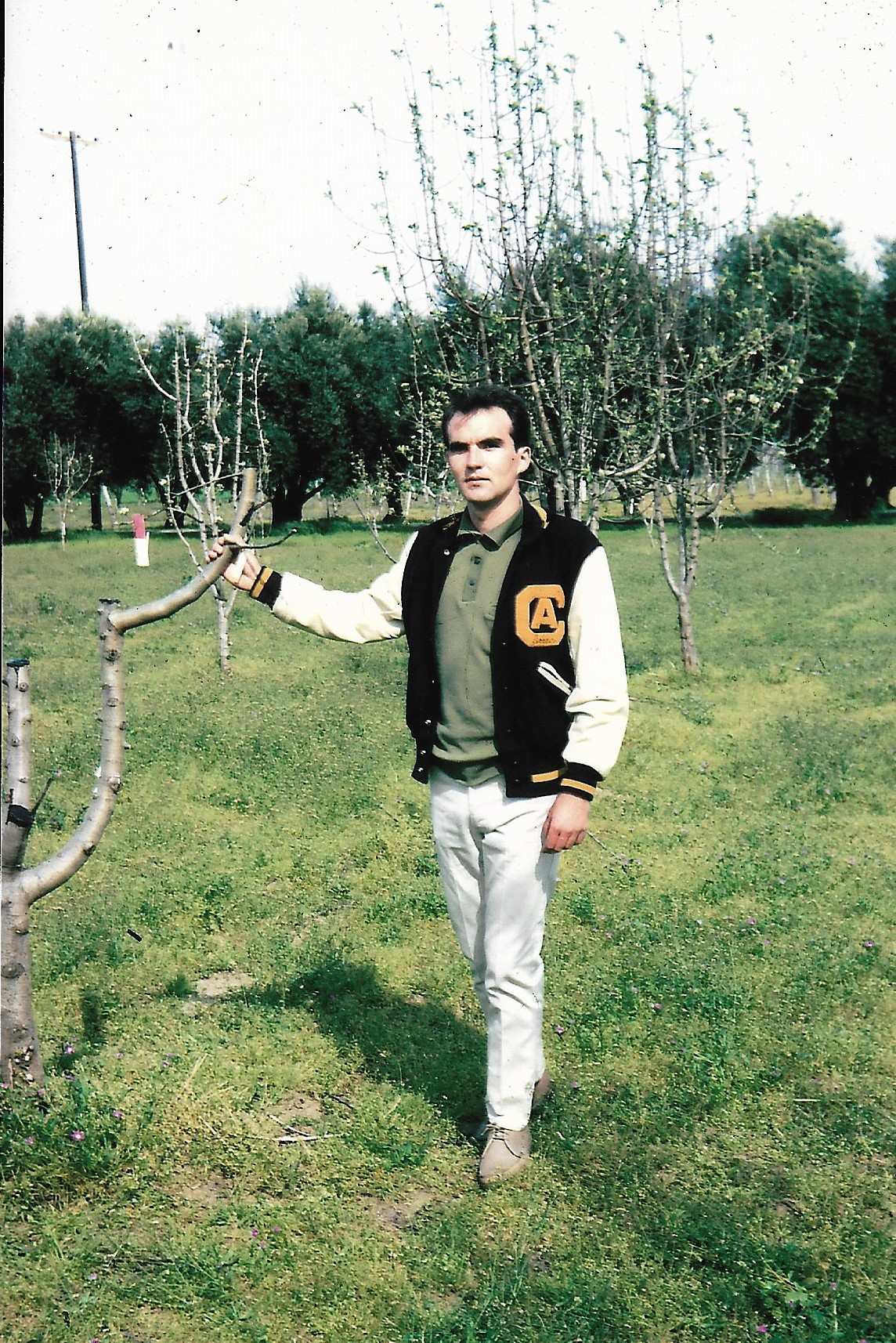 It was winter, 1965.  Before I had to report to the army, I stayed at my brother’s house and had a job pruning plum trees.  It was cold, hard work, trying to keep up with the more experienced workers.  When the time finally came, I reported to the military camp in the town of Libourne, only 15 miles from my parents’ home.  As soon as I arrived, I was given a short haircut, a fatigue uniform, and a set of rules I had to follow.  France was at peace, so there was no chance I would be sent abroad.

After a few months, I received a month-long agricultural leave to help with the plum harvest back home.  I worked long hours, side by side with my two brothers; Michel, the oldest, was in charge.  I was given the responsibility of supervising a large harvest crew of young people.  I was feeling at home again.

Of course, I had to return to camp, though there was not much to do and I was bored most of the time.  Luckily for my sanity, I was receiving a letter almost daily from Mary in California, and I, likewise, was writing all the time.

Because of insubordination and leaving the base without permission one weekend, I was caught, punished, and placed in solitary confinement for three weeks.  It was definitely deserved.  I had to empty the trash cans into a dump truck, escorted by a guard carrying a rifle but no ammunition.  Were they afraid I was going to escape?

I finally finished my military service in July 1966.  I worked the plum harvest for a few weeks, then went back to California.  I immediately called Bob Thompson, the property owner in Yuba City for whom I had previously worked; he offered me a job right away.  I was glad to be free again, away from the constraints of the French way of life and especially the rigidity of my family customs regarding how to dress, when and what to eat, whom to associate with—all imposed on me with no negotiation on the rules.  So confining!

Mary was in her senior year at UC Davis, and it was good seeing her again.  I joined the campus soccer team.  With team members from South America, Africa, the Middle East, and Europe, it was truly an international team.  Only the goalkeeper was American.  Mary watched our games against other universities, though soccer was, at that time, a sport mostly foreign to Americans.  (Who knew then that about ten years later all our family—six of us—would be playing soccer at the same time?)

I finally enjoyed being a student, and was getting good grades.  My interest in fruit trees and grapes, how they behave and grow, became my passion.  Mary graduated in spring 1967 and I went to my summer orchard job.