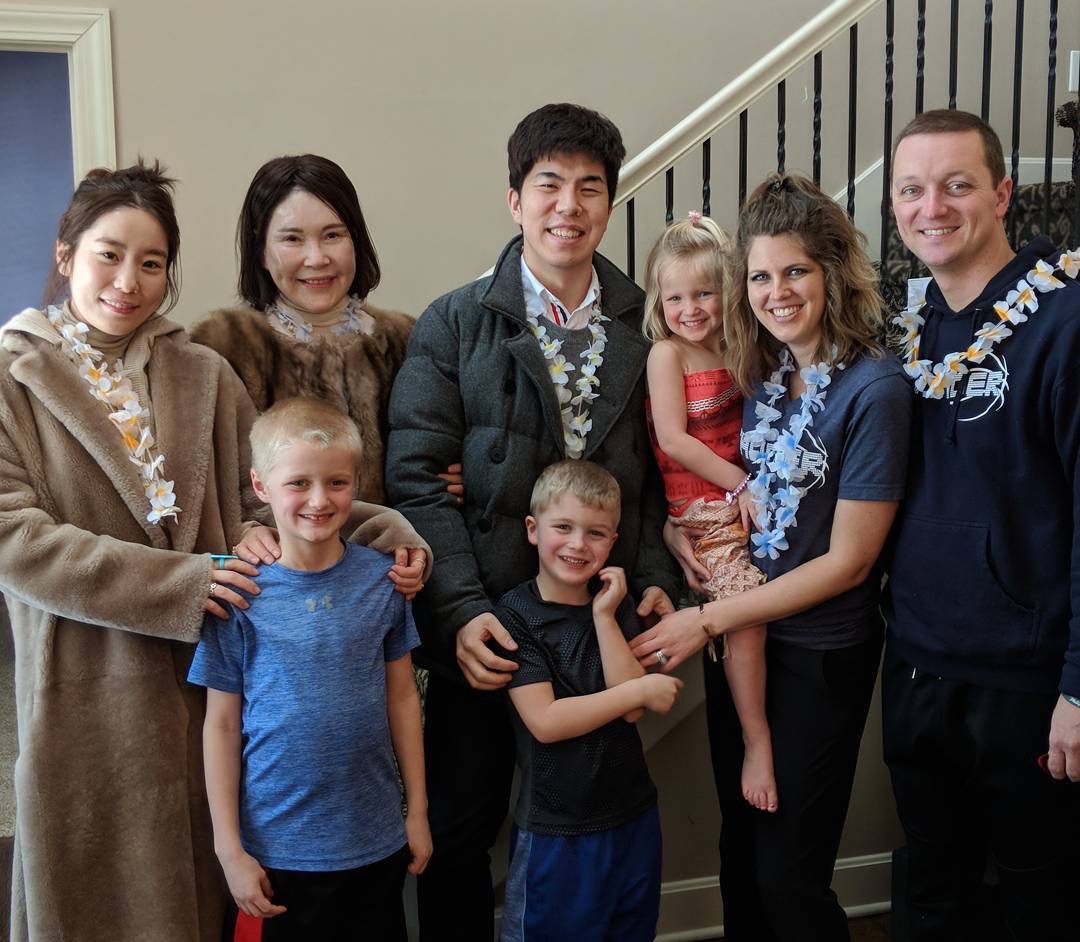 Jee Hoon joined us his junior year of high school. He’s’ been a blessing ever since.

Although we didn’t know them, we could tell he was from a strong family in South Korea. He had a strong faith. He was kind and hard working and had a compassionate spirit.

We had a lot of fun together – highlights include our trip to LA, trips to the lake to see Grandma and Grandpa, and just hanging around the house figuring out life together.

Jee had a ton of talent. He would give back to his community by playing piano at the local old folks home once a week. He was a great singer, and the churches of the area enjoyed listening to him as part of Sanctified. After the group had been together a couple of years, and he was preparing to go back to his home in Korea, he pulls out a flute and adds background to a song. I said, “If only we had known this earlier…”

Jee’s a funny guy.  One of my favorites was in the Presbyterian Church in Minneapolis.  We had just received our Sanctified CD’s with a few cool pictures of the kids.  They were admiring themselves on the CD cover.  Meanwhile, the hour we normally had to practice before services was passing fast.  I mentioned to the kids, “Hello – if we’re going to perform today we should probably get after it…”  Without hesitating, Jee quickly said, “Patience!  We are admiring Korean Superstar!”  How do you answer that?

Jee does a terrific job of keeping in touch, whether it was during his lonely military days, or in medical school, he always makes a point to keep us current on what’s going on.

His recent marriage to a terrific young girl, Jane, and the news of a little one on the way make it even better. We are blessed to be part of his family and can’t wait to meet the new ones to come. 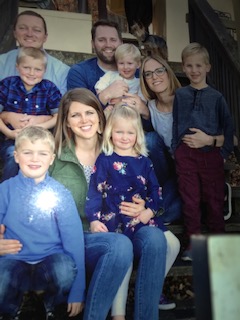 Our grandchildren are a terrific reflection of their parents.  Each is different, each is unique, all are absolutely wonderful.  As I tell Alex and Tori, I feel fortunate just to know you guys.  To think that you enjoy hanging with us is even better.  To think that Mom and I had a hand in these wonderful creations tops the cake.

We have some terrific traditions.  The kids love dancing to “Shirts and socks and underwear…”.  I enjoy singing them to sleep at night, as I did frequently with Tori and Alex.  And Bobo cakes are a requirement if we’re all together.

It’s going to be a blast watching these kids grow up.  As Jayme told Thalia, “I’m staying in shape so I can see you get married and meet your kids.”  Alex and Tori and Lindsey and Jake are wonderful parents, and the kids are wonderful people.

I’m hoping that they enjoy my Porch Swing book and Storysite, and that it helps them realize to a certain extent, where they come from.  I love you guys…